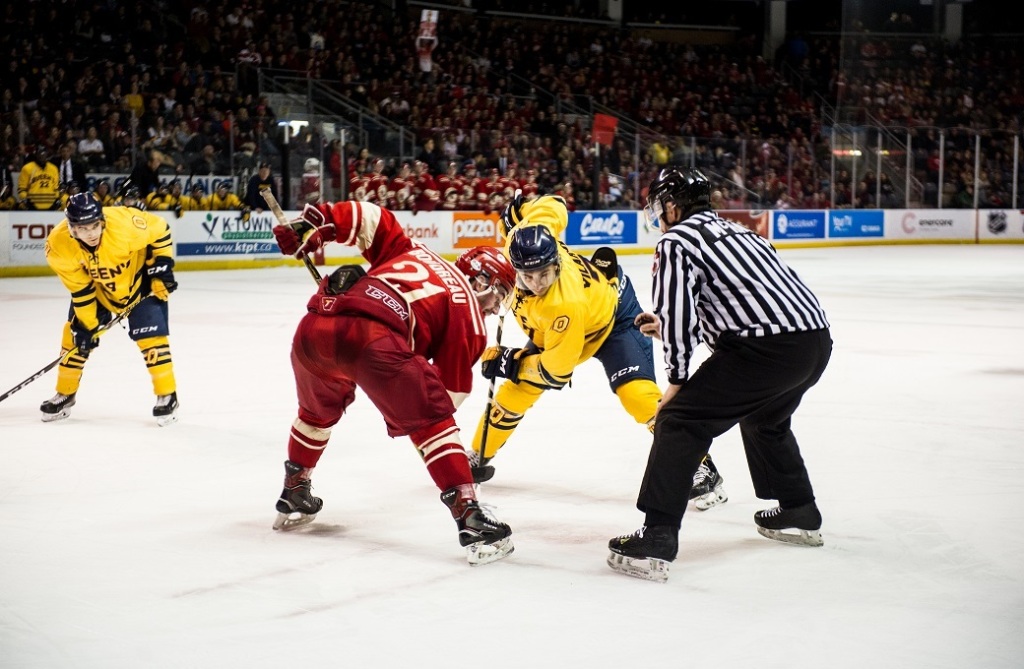 Taking place every year between the Queen’s Gaels and the Royal Military College of Canada (RMC) Paladins, the city of Kingston, Ont., unites these crosstown rivals to showcase one of the most hard fought and heated rivalries in hockey. A rivalry that resumes on Thursday at the Leon’s Centre.

“We always joke that we could play without a puck for the first 10 minutes and no one would even notice,” says RMC head coach Richard Lim, who played five seasons with the Paladins himself from 2006 to 2011, serving as captain in his final year.

With up to 4,000 fans attending each game, ranging from kids, to grandparents, to university classmates, it’s not difficult to imagine the energy that this game brings. The Carr-Harris Cup, one of the OUA’s premier matchups, draws in every participant, from the ice to the stands.

iThere are no comments

Begin typing your search above and press return to search. Press Esc to cancel.