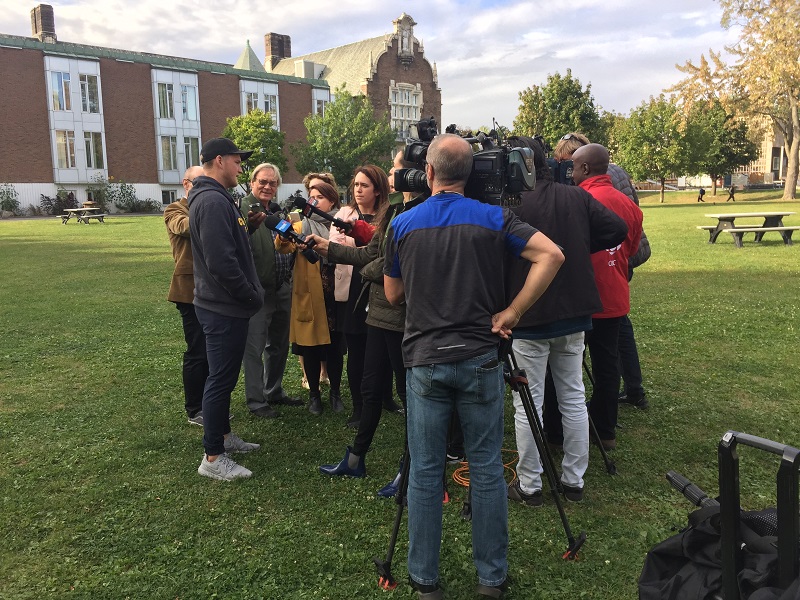 The Concordia Stingers football team lost to the Sherbrooke Vert et Or, with a score of 30-13, on Sept. 30 in the 31st annual Shrine Bowl. The Stingers, who now have a 2-3 record, had to play without quarterback Trenton Miller.

Miller was injured in a game against the Laval Rouge et Or on Sept. 24, which the Stingers lost 12-8. During that game, Miller was pressured out of the pocket and rushed the ball upfield. As he was carrying the ball, Laval’s Gabriel Ouellet, who came from Miller’s blind side, levelled Miller with a hard hit. The video replay shows Miller’s head snaps back, making it look like there was a hit to the head.